Annabelle Comes Home Michael As Bob
While babysitting the daughter of Ed and Lorraine Warren, a teenager and her friend unknowingly awaken an evil spirit trapped in a doll.
June 12, 2021 “Love Addict” Music Video Teaser!

Michael Cimino has released a small music video teaser for his new song, Love Addict, which will premiere exclusively on YouTube on June 15th, 2021!!! Are you excited for Michael to be releasing a new song?? I am! You can watch the teaser below and be on the lookout for the music video when it premieres. 🙂

Love, Victor is now on Hulu, which means you can stream it now! Let’s hope Hulu is smart enough to renew the popular show for a season 3!

Hulu has finally released the season two trailer of Love, Victor and it starts off with the cliffhanger so there’s no more guessing to how that will go! I have been waiting foreverrrrr for the new trailer to release!

Are you even more excited for June 11th now? You can also check out the screencaptures + a poster in the gallery now! 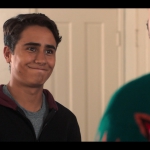 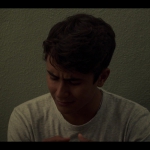 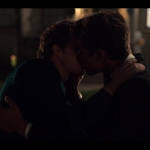 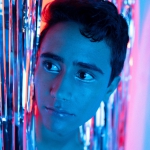 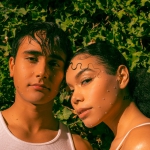 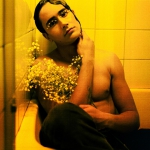 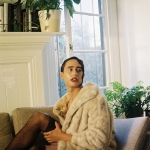 Hulu has finally released the official premiere date of Love, Victor season two! That date is June 11th, 2021! You can read the Love, Victor parts of the Press Release below!

The popular teen dramedy “Love, Victor” returns with all 10 episodes on Friday, June 11. Season two picks up with a newly out-of-the-closet Victor (Michael Cimino) entering his junior year at Creekwood High. However, being out brings new challenges as Victor faces a family struggling with his revelation, a heartbroken ex-girlfriend in Mia (Rachel Naomi Hilson), and the difficulties of being an openly gay star athlete — all while navigating the excitement of his new relationship with Benji (George Sear).

Will you be tuning in for the second season of the hit series???

We are finally getting some season two press as the stars of Love, Victor have finally started to tease the new season while season one gets an international release (coming to Disney+ in overseas territories)

You can read the exclusive by gaytimes.co.uk in read more!

You can also read more of Michael in Gay Times in their upcoming issue that will be released on February 26th!

Watch the new video below with tons of bloopers from the first season!

Michael has been announced for a new project titled Black Box which is a scripted science fiction podcast. You can read the entire article below or on the original website over at Deadline.

Described as a homage to Spielbergian ’80s adventure films, the pod will follow four unwitting teenagers who stumble upon the wreckage of a crashed time machine and are thrust into the middle of a conspiracy that threatens to unhinge time itself.

Cimino, Bassenger, Jacobs and Bertrand play the lead teenagers, while McHale plays a brilliant scientist whose ego and ambition spiral down a villainous path. The audio drama is written and directed by Brian Siegele and produced by Siegele and Chase Kinser for emerging content studios Reverb Podcasts and Soundproof Media.

Recording for Black Box began in August, making the production among the first podcast projects approved by SAG-AFTRA for full cast studio recording in the COVID era. The producers are said to have implemented rigorous testing and safety protocols in addition to building transparent barriers in the studio so the cast could record together in person.

Production is still in progress with additional casting being finalized now. The eight-episode first season is projected to premiere in early 2021.

“We wanted the performers to play off each other in a way that remote recording doesn’t allow, but also ensure a risk-free working space,” noted Siegele. “We are thankful to have been able to accomplish this with guidance from SAG-AFTRA and coordination from our incredible cast.”

Michael has officially signed with Creative Artists Agency, most known as CAA. Deadline exclusively reported Michael signing with them on September 17th.

Cimino stars in the title role in the series, an offshoot from the 2018 feature Love, Simon. Created by This Is Us executive producers/co-showrunners Isaac Aptaker and Elizabeth Berger, who wrote the movie based on Becky Albertalli’s young-adult novel Simon vs. the Homo Sapiens Agenda, Love, Victor is one of the top binged shows on Hulu in 2020. It was recently renewed for a second season.

On the film side, Cimino can be seen in horror thriller Annabelle Comes Home, opposite Vera Farmiga and Patrick Wilson, and produced by James Wan. He also sang the song “Everything I Own” written by David Gates briefly in the film.

Cimino is one of the founding members of the nonprofit organization We The Movement LA, formed amid the late May Los Angeles protests in response to the police killing of George Floyd.

Cimino continues to be repped by Megan Silverman Management and attorney Chris Abramson at Felker, Toczek, Suddleson and Abramson.

Disclaimer
Introducing Michael Cimino / Love, Michael takes no credit for anything posted on the site unless otherwise stated. We are not Michael Cimino nor do we know anyone related to him or in his agency and we are not in contact with him either. If something belongs to you that we posted and you would like it removed, email us immediately to let us know!
Quick Stats
PHOTO ARCHIVE
»
Hosting over 10,000 photos!